Upon your arrival at the Bandaranaike International Airport, you will be welcomed and assisted by a representative of Ekno Travels . You will then be escorted to your vehicle and introduced to your guide and transferred to your hotel. Check into the hotel. Overnight stay.

After breakfast, checkout from the hotel and proceed to Pinnawela to visit the elephant orphanage. (Departure from the hotel: 8.30 am) You will arrive in the orphanage in the late morning. The Elephant Orphanage is about 2½ hours’ drive from Negombo and is a good chance for people to get up close and personal with a pachyderm. It is a good idea to go and have lunch by the river as after feeding, they are all brought down to bathe and to watch them from a vantage point with a cold drink is a pleasant experience. (Duration of visit: approx. 2 hrs) Continue to Habarana. You will arrive in the hotel in the late afternoon. Check in for overnight stay.

Breakfast in the hotel. Proceed to visit the rock fortress of Sigiriya. (Departure from the hotel – 8.00 am) The legendary sky citadel of Sigiriya, the “Lion Rock” famous for its frescoes of ‘Celestial Maidens’ is possibly the most impressive site in Sri Lanka. Built by King Kashyapa in the 5th century on top of a vast 200m granite rock it took seven years to build and was abandoned after ten years of occupation when the King, defeated by his brother, committed suicide. Although it is a steep climb, the views and frescoes are definitely worth the effort. Sigiriya is best visited first thing in the morning or just before sunset when it is cooler and less crowded. (Duration of visit: approx. 2 hrs) Take a tour of a local village nearby, enjoying the walks through paddy fields and the cool breeze. It is an opportunity to get acquainted with the typical village life, as you meet village folk and their families. A typical Sri Lankan Lunch will be arranged during the Village Tour. Return to the hotel in the afternoon. The rest of the day is free to relax. Overnight stay in the hotel.

Breakfast in the hotel. Proceed to visit the Medieval Capital of Polonnaruwa. (Departure from the hotel – 8.00 am) Polonnaruwa was the island’s medieval capital between the 11th and 13th century. Built alongside a large ancient artificial lake there are well-preserved ruins of palaces, bathing pools, stupas and exquisite rock sculptures of Buddha at the Gal Vihara. Start with a visit to the museum which, although small, is excellent. (Duration of visit: approx. 2½ hrs) Later in the afternoon, visit Minneriya National Park by jeep. Located between Habarana and Polonnaruwa, the 8,890 hectares of Minneriya National Park consists of mixed evergreen forest and scrub areas and is home to favourites such as Sāmbhar deer and elephants. However the central feature of the park is the ancient Minneriya Tank (built in 3 rd century AD by King Mahasena). During the dry season (June to September), this tank is an incredible place to observe the elephants who come to bathe and graze, as well as the huge flocks of birds (cormorants and painted storks to name but a few) that come to fish in the shallow waters. (Duration of visit: approx. 3 hrs) Return to the hotel for overnight stay.

After breakfast, checkout from the hotel and proceed to Kandy, visiting the cave temples of Dambulla on the way (Departure from the hotel – 8.00 am) Dambulla is renowned for its Cave Temples, which were built by King Valagam Bahu in the 1st century BC in gratitude for the shelter he sought in the caves when fleeing from Indian invaders. Sited on a gigantic granite outcrop, which towers more than 160m above the surrounding land, the caves are completely covered by ancient frescoes depicting religious and secular scenes. Protected within the caves are hundreds of statues of Buddha, many carved out of the rock itself, of which the largest is the 15m long Dying Buddha. (Duration of visit: approx. 2 hrs) Continue to Kandy and visit the Temple of the Sacred Tooth Relic of Lord Buddha. Ever since it was founded in the 16th Century, it has housed one of the most sacred relics of Buddhism – a tooth of Buddha collected from his funeral pyre and which is now protected within the gold-roofed Temple of the Tooth. See the blessing ceremony with all the fanfare, drums, trumpets and brightly coloured Monks performing their rituals. (Duration of visit: approx. 2 hrs)

Enjoy breakfast in the hotel. You will visit the Royal Botanical Gardens of Peradeniya in the morning. (Departure from the hotel – 9.00 am) Initially a royal park, in 1821 under British rule it became a botanical garden. Here, exotic crops such as coffee, tea, nutmeg, rubber and cinchona (quinine) – all of which were to become important to the country’s economy were first tested. The Botanical gardens are fantastic with an excellent orchid house and a wide variety of plant species from all over the world. For keen gardeners, at least a morning is recommended to visit the gardens, possibly longer. (Duration of visit: approx. 2½ hrs.) Proceed to visit the historical Museum in Kandy. Later on, take a guided tour of the city of Kandy. Kandy is the old capital of Ceylon and the seat of the last Singhalese kingdom. It is a charming city with the most important Buddhist temple in the country and is set around an ancient artificial lake amongst rolling hills that are covered by forests and tea plantations. Set in the mountainous area of the island, there are fantastic views over the city from some of the hotels. Wandering about in Kandy is a fun experience, with crossroads and interconnecting byroads – all forming an intertwined complex. Most pavements are dominated by vendors selling garments, lotteries, toys and various fancy items – making passing through look almost impossible, especially during festive seasons. The main market area in the heart of the town is frequented often for its array of fresh fruits, vegetables, fish and meat stalls, sweets, clothes, fancy goods and what not…! Kandy is a great place to buy gemstones. Sapphires of all colors, rubies, tourmalines and spinals can all be found here. Visitors are also invited to have a look around their workshop, where they will be able to see the design, and cutting, polishing and setting processes. (Duration of visit: ½ day) There is a local dance performance which you will enjoy in the town in the late afternoon, which is a little touristy but entertaining none the less. Return to the hotel for overnight stay

Enjoy breakfast in the hotel. You have the opportunity to enjoy a brief train ride. Your vehicle will travel ahead of you and pick you up from a predetermined station. Just outside Gampola, you will visit a tea plantation and a factory. Here you will learn the process how two fresh tea leaves and a bud are converted in to that fine brown dust we call tea…! Return to the hotel for overnight stay

After breakfast, (Departure from the hotel – 9.00 am) checkout from the hotel and proceed to Galle for a guided tour of the city. The coastal town of Galle, the capital of the Southern Province, is best known for its impressive fort: a UNESCO World Heritage Site and the best preserved colonial sea fortress in Asia. The fort was built and modified over 4 centuries; started by the Portuguese in the late 16th century it was later taken over by the Dutch and eventually by the British. Protected within its walls, bastions and ramparts is a complete town with narrow streets, churches and cloistered inner courtyards of shuttered mansions, which clearly bear testament to their colonial past. Arrive in hotel in the late afternoon and check in to the hotel for overnight stay.

Breakfast in the hotel. Enjoy the sun, sea and sand…!! Day is at leisure. Return to the hotel in the afternoon. Overnight stay in the hotel.

Breakfast in the hotel. You will be picked up from the hotel and transferred to the airport in time for your departure. Please do note that you must be at the airport three hours before the flight. 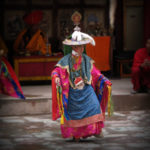 / per person
Join us on this Ekno Travels journey as we travel deep into the mountains of Ladakh and experience the once in a lifetime Hemis Festival. The spectacularly isolated mountain geography of this remote Indian province is one of the few remaining strongholds of Tibetan Buddhism. 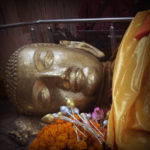 / per person
The sites covered in this Pilgrimage will visit important pilgrimage sites as well as have time for morning and evening meditations. 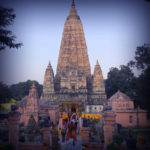 Footsteps of the Buddha

$1350 / per person
You will visit to important Buddha’s sites in Sarnath, Rajgir and Bodhgaya. 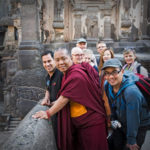 Pilgrimage to Ajanta and Ellora Caves

$750 / per person
The Ajanta and Ellora caves are home to some of the finest examples of ancient Buddhist sculpture and painting in the world. 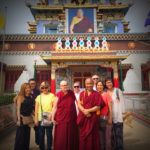 $2890 / per person
This pilgrimage takes in some of the most culturally significant Buddhist sites in South India. Immerse yourself in monastic life with overnight stays at Sera Jey and Drepung monasteries, experience ‘Little Tibet’ in the town of Bylakuppe and explore countless stupas, temples and ruins along the way. 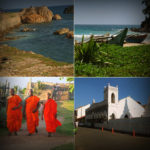