Why should you undertake a Pilgrimage as a Buddhist? 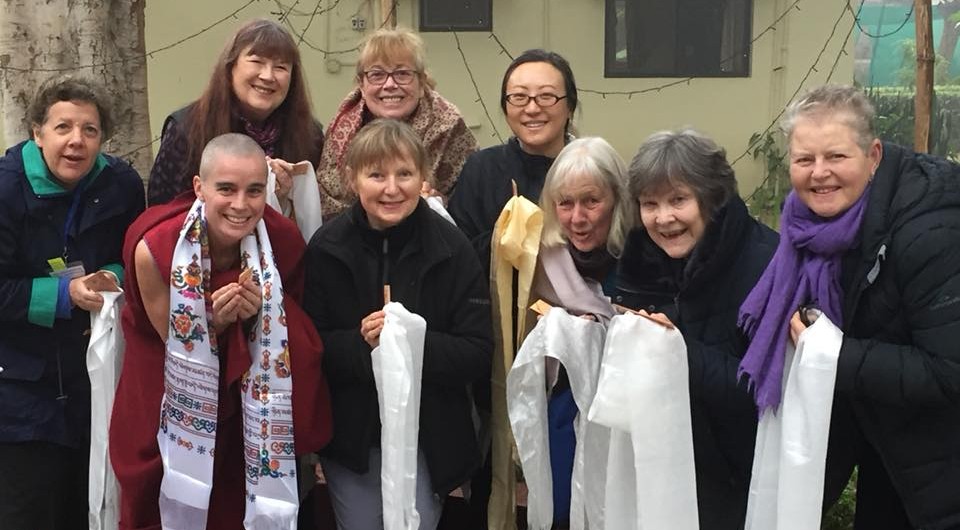 Why should you undertake a Pilgrimage as a Buddhist?

Pilgrimages are a part of nearly every religion. When followers set out on a spiritual journey there is the hope of finding virtue and gaining merit. For Buddhists, there is the focus of visiting places where a spiritual master once spent time, taught or meditated – and this presence is often felt by those who visit that very place.

I have been on and lead many pilgrimages, mainly in India and Nepal, and find them very  powerful experiences. I have found my visits to Bodhgaya especially enlightening. This is where the Buddha meditated under the Bodhi Tree at Mahabodhi Stupa and became enlightened some 2500 years ago, making it the most sacred place in the world for Buddhists. The main focus of Bodhgaya is the magnificent Mahabodhi Stupa. Buddhists travel from all around the world to circumambulate (the act of moving around a sacred object or idol) the Stupa in a clockwise manner or to sit and meditate under the actual Bodhi Tree. Even when just generally sitting in the enclosure people report feeling the vibrations from the Stupa. Every step and movement of the pilgrim becomes filled with a sense of spiritual progress, just by visiting the Stupa. 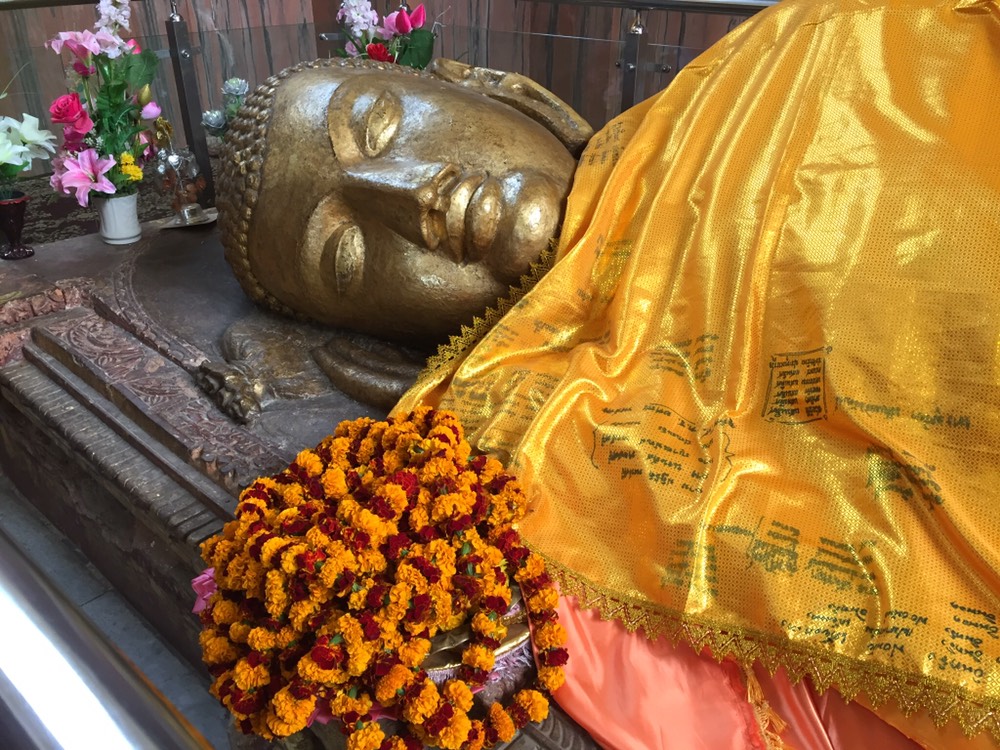 Bodhgaya is the most powerful Buddhist pilgrimage site in the world and is visited by Buddhists from many countries – in particular by people from the Himalayan regions of Tibet, India and Bhutan. Pilgrims also visit from as far afield as Thailand, Sri Lanka, Myanmar, Cambodia and Laos in the hope of receiving blessings for the highest achievements of their spiritual path.

When the Dalai Lama first visited the Mahabodhi Stupa in 1956 he wrote ‘when I finally stood in the presence of the seat of enlightenment, I was profoundly moved. Reflecting on Sakyamuni Buddha’s great accomplishment in this place, I also could not fail to remember his overwhelming kindness to all sentient beings.’ These powerful and enlightening thoughts are within reach for all who visit this spiritually significant site.

A trip to India and Nepal is usually on every Buddhist’s bucket list. You can take a pilgrimage with an organised group as the main four Buddhist sites are within driving distance from each other (you will need around 5 days to do this). The best time to travel is during the winter season between October and March each year. 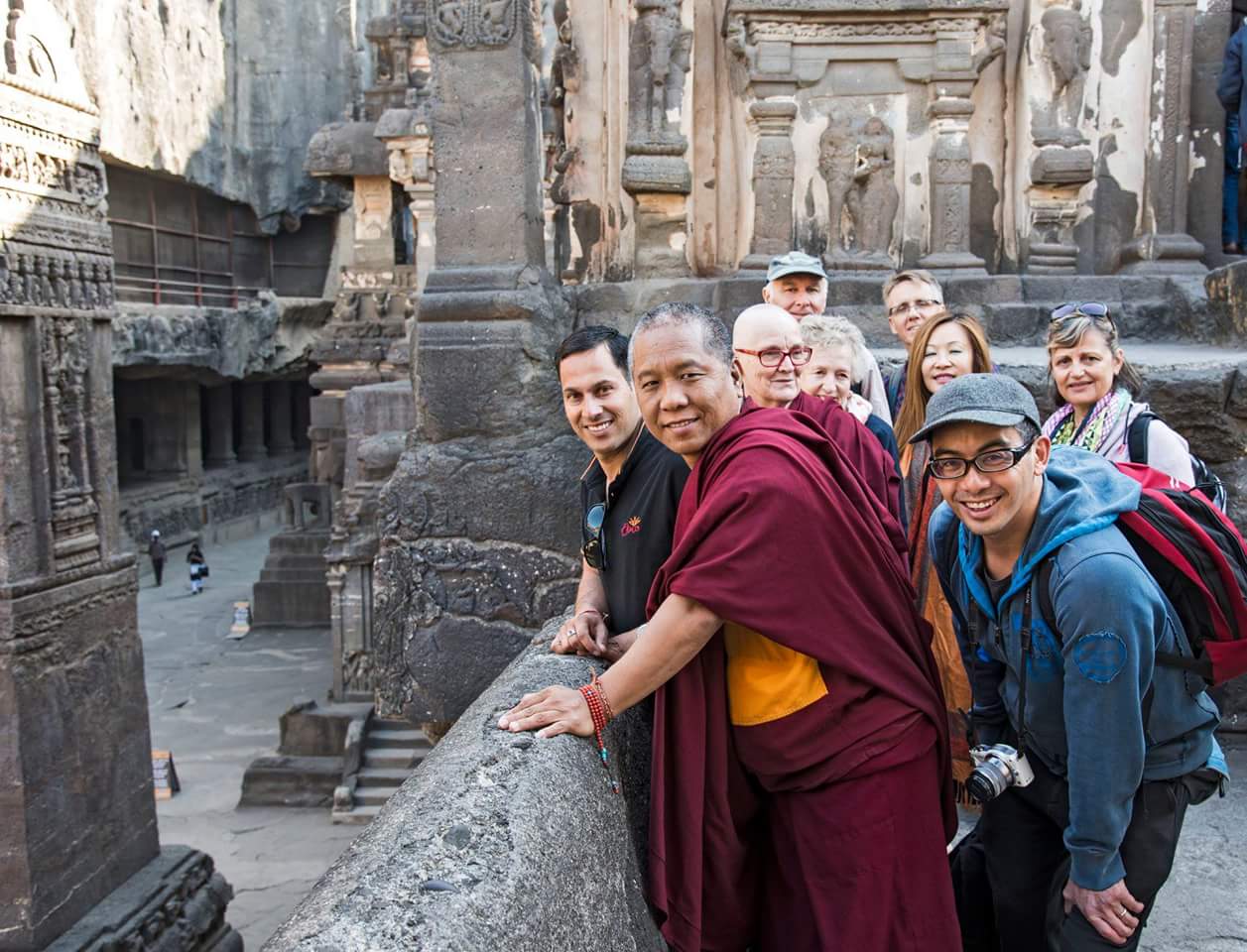 Other famous sacred places for Buddhists include other parts of India, including Ajanta and Ellora Caves (see above) , South India,  Mount Kailash in western Tibet, Borobudur in Indonesia, Anuradhapura in Sri Lanka, Nara in Japan, Angkor Wat in Cambodia and Shwedagon Pagoda in Myanmar.

Buddhists believe that merit is accumulated when you take part in something religious, with discipline and faith, because in doing so you shape a proper attitude within. So with the right attitude, any journey to a sacred place can become a pilgrimage.